Disclaimer: I do not conduct strict technical or scientific testing and I do not necessarily have experience with similar products to draw a valid comparison. As a result the following review is highly subjective in nature and based purely on my personal experiences with the product.

Update: In June 2016 Pentax announced a successor to this lens, the HD DA 55-300 f/4.5-6.3 ED PLM WR RE. It is a collapsible (thus smaller) design that thanks to its PLM motor focuses significantly faster (Pentax promises a speed increase by 1.7 times at the long and 8.3 times at the wide end) and near-silent. On the flip side it has a slightly narrower maximum aperture throughout the range and costs €450/£400/$395 compared to the older version reviewed here, which can now be had for €310/£270/$345. The lens also sports a new mount (KAF4) that lacks the physical aperture lever, and is thus only compatible with relatively new Pentax DSLRs, such as the KS1 and KS2, K70, K3 II and K-1, and since another firmware update, the K50 and K3. No systematic reviews have been published yet, but user reports indicate the optical quality is equal to or slightly exceeds that of the older version.

If you are buying in the US, at a price difference of only $50 there is little reason to get the older version, however if you are living in Europe you may want to carefully consider how important AF speed and noise are to you, at least until prices have fallen significantly or a major discount comes up.

The Pentax HD DA 55-300 WR was introduced in 2013 as the successor to the popular SMC DA 55-300. Filling the gap in between the domain of the cheap kit lenses and the company’s premium DA* and D FA glass, it made for an evolutionary upgrade rather than a revolutionary one. While the optical formula remained the same, Ricoh added weather sealing (‘WR’) and its new HD coating to the feature list. The HD DA 55-300 WR measures 71 x 111.5 mm, weighs 450 g, features a 58 mm filter thread and was released with an initial RRP of €400/USD450; but can currently be had for around €350 new (as of June 2015). The lens comes securely packed complete with front and rear cap in a box that also contains a circular lens hood, a pouch and the usual paperwork. Having not previously owned anything longer than 55mm, I added the HD DA 55-300 WR to my kit bag in anticipation of a trip to Namibia that would feature days of driving through Etosha National Park, observing all sorts of wildlife. Sigma and Tamron offer similar, cheaper alternatives, but living in rainy Scotland and with a very dusty holiday ahead, weather sealing was a pretty big deal for me. Consequently the Pentax product found its way into my camera bag.

The lens features a metal mount and is mostly made of solid, high-quality plastic. It has a reassuring weight to it and feels very well built. Everything is tightly assembled, nothing wobbles, and thanks to the rubberised zoom ring it’s easy to maintain a secure grip on it. The lens features Pentax’ ‘WR’ level of weather sealing which only means ‘weather sealed’, in contrast to the ‘AW’ (‘all weather’) designation which denotes that a lens is dustproof and water-resistant. And indeed, after three weeks in Namibia there are a couple of tiny but visible specks of dust inside my HD DA 55-300 WR, just behind the front element. But there is no way around that, zooms suck in and pump out air, that is just how it is.

As with all Pentax lenses (to my knowledge), the hood features a small sliding door which allows for the use of a CPL and the hood simultaneously – very handy. 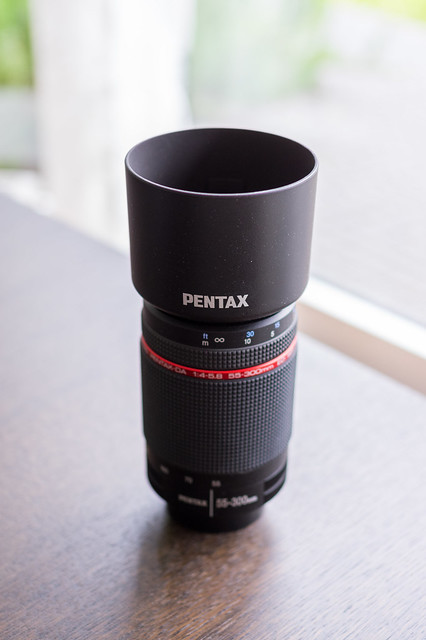 Starting with the DA 18-135 WR, Pentax rolled out its fast and silent DC autofocus motor across the entire range of newly released lenses from 2010 on. It thus comes as a surprise that the HD DA 55-300 WR is the one and only exception to this rule. Why Pentax would go to lengths to re-release this lens with improved coatings and weather sealing, but leave out a core technology that would be especially useful for this lens type is beyond me. Tele-zooms are traditionally used for wildlife photography, and Pentax’ old screw-drive autofocus is relatively loud and slow, two attributes that you are not looking for in wildlife photography gear. Some have argued that including a DC motor would have made the whole product more expensive, but Canon and Nikon release even their cheapest kit lenses with fast, silent AF, so that’s really not an argument.

The HD DA 55-300 WR’s AF motor sounds a bit like an electric screwdriver, the focus throw is rather long and it thus takes over a second for the lens to go from infinity to the closest focusing distance and vice-versa. Consequently tracking fast moving animals in the z-axis is pretty much impossible. For anything else it does the trick. I used the lens extensively on safari in Namibia and it focussed reasonably well, except for when animals came towards us very quickly. Also, the sound seemed to bother me more than the animals, but that might depend on the species. The lens also features quick-shift, allowing you to focus manually at any time without having to disable the AF first – that is as long as the AF is not working in this very moment.

As for focus accuracy, I did a quick test on a Siemens star which revealed a slight back focus. The issue was alleviated by a +3 focus adjustment in camera. Both cameras and lenses are built with a certain tolerance range in mind. If you are lucky the camera and lens tolerance cancel each other out, but it is more likely that you will experience some slight front or back focus. A +3 focus adjustment value is nothing out of the ordinary and thus fine. I actually only discovered and corrected it when I performed my tests for this review, so all sample images do ‘suffer’ from this problem. They still look fine, so the real-world relevance is rather negligible.

Overall the AF is reasonably quick and accurate, but I am still disappointed that in 2013 Pentax still felt the need to release a screw-drive AF lens. It could be faster and silent, alas it is not.

The second part of this review can be found here. 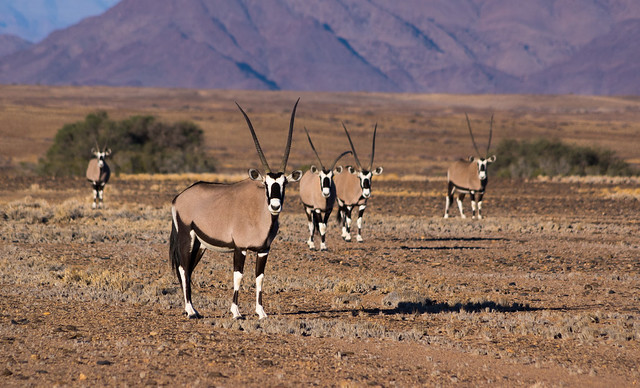 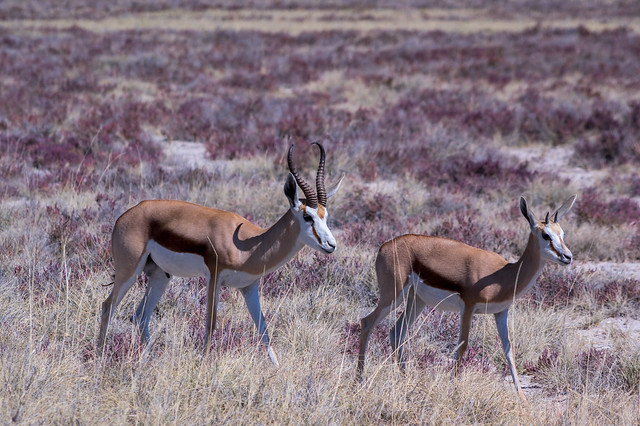 Do you own the Pentax HD DA 55-300 WR? What do you think  of this lens? Please feel free to share your thoughts in the comments.