Naturally, the day Ricoh officially confirmed development of a full frame DSLR in early 2015 the rumour mill went into full spin. Pentax users’ amateur market analysis, personal wishes and leaked rumours all came together to create a wide range of possible specifications. While some hoped the release delay was due to Ricoh gaining access to Sony’s 42 MP sensor and others vigorously argued that 24 MP is all anyone needs, most people assumed a 36 MP model would find its way into the body, most likely the one used in Nikon’s D810. Similar speculations surrounded the official price, which most people (me included) predicted to be in the €2,000 to €3,000 range, most likely around €2,500. Some argued that anything under €2,500 would not be able to satisfy the high expectations of long-time Pentax users, while others claimed that anything above €2,000 would not attract enough new users to switch from other systems or start out with Pentax in the first place.

Now that the official specs are on the table, let’s have a look at how the K1 turned out.

The released K1 spec sheet both confirms certain expectations and disappoints others. In the centre of interest was and is, of course, the sensor. As many predicted, it turns out to be a 36 MP model, a decision I appreciate. The resolution is certainly excellent and more than enough even for demanding landscape photographers. The past has shown that Pentax engineers are very adept at squeezing the last bit of image quality out of third party sensors, with Pentax cameras often getting better reviews in that regard than competitors’ offerings using the same sensor. Contrary to speculations it does not appear that the sensor used is the same as the one in the D810, rather it may be the one found in the original Sony A7R (Edit: According to Pentax Ambassador Kenneth Sporsheim the Sensor in the K1 is, in fact, the same as the one in the D810, albeit tweaked and improved). In any case, we are in for some fine image quality.

On another positive note, Ricoh has again released a camera that makes excellent use of its internal image stabilisation system (IBIS). The sensor being moved by electromagnets does not only allow for stabilisation of shots, but also a host of other functions, most notably a limited tilt-shift simulation, long exposures of the night sky (the IBIS gathers data from the internal GPS module to keep the sensor aligned with the stars as they move across the sky), selectable anti-aliasing filter simulation, and high resolution pictures. The latter mode works differently from that found in other cameras in that it does not actually increase the technical image resolution, but rather captures every colour separately for every single pixel, resulting in an image with brilliant, true-to-life colours, reduced noise and in fact higher perceived resolution of fine details. It only works with perfectly static objects, but when it does, the results we have witnessed from the Pentax K3 II are stunning and do look like the resolution was increased, even though technically it was not.

Now, obviously the primary purpose of the 5-axis IBIS is photographic stabilisation, and in this regard Pentax has really made some significant strides. Claiming about 5 stops of stabilisation, the K1 boasts the most efficient stabilisation on the market, outperforming the current champion Sony A7R II by about half a stop. That means that calm hands provided, you should still be able to produce reasonably sharp images at 1/2 sec. with a 50 mm lens.

The K1’s body is another major strong point. Made from magnesium alloy, comprehensively sealed and with the same great ergonomics that make the K3 a pleasure to hold, the K1 will probably turn out to be one of the most durable cameras on the market, akin to the Nikon D5 or Canon 1Dx II. How useful the third, programmable dial will turn out to be, I am not sure, but the truly novel mechanism by which the screen moves in all directions certainly looks interesting, and the LEDs are for once are not just a funky gimmick, but actually help using the camera in the dark. Several of them are mounted to the back of the screen, and once it is pulled out, they illuminate the back of the camera. Another one sits above the lens mount, making it easier to change lenses in the dark.

The K1 also features built-in WiFi and, a first for non-medium format Pentax DSLRs, boasts the ability to shoot tethered.

Naturally we cannot close this long list of strong points without discussing the price. At €2,000/$1,799/£1,599, this is one of the most affordable full frame cameras to ever be released. Based on its features it sits in between the Nikon D750 and D810, yet costs significantly less than either. With a street price several hundred bucks/quid/Kröten below this a couple of months after launch, and the HD D FA 24-70 f/2.8 and HD D FA 28-105 f/3.5-5.6 being offered at very affordable prices too, many hobbyists currently confined to the realms of mFT and APS-C might suddenly be presented with an upgrade option that does not actually require the sale of a kidney.

The K1’s continuous shooting rate of 4.4 fps is pretty average and only increases to 6.5 fps in APS-C mode. It was expected that a larger mirror and shutter would not reach the stellar 8.3 fps performance of the K3, but 4.4 fps really is not all that great. The buffer, too, only accommodates 23 RAW files or 70 JPEGs, which is better than what the Canon 6D and Nikon D610 and D750 deliver, but just one RAW file more than the K3. But maybe I am just being picky here. Considering this is not an action oriented camera, 4.4 fps will probably suffice for most applications.

Another, albeit minor, point is the inclusion of a USB 2 port instead of USB 3. In an interview Ricoh stated that it was a cost saving measure, and after all the majority of users does not use built in USB anyway (I certainly never have). 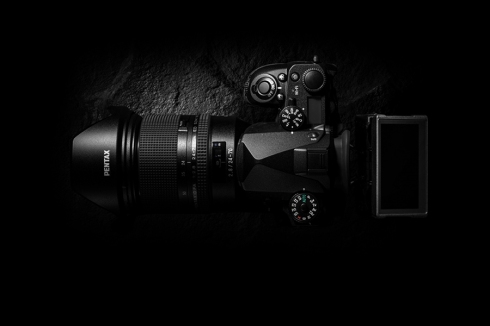 The K1’s viewfinder offers ‘nearly 100%’ (not sure what that is supposed to mean, maybe 99.7%?) and x0.70 magnification, which places it not only below the top-of-the-line Canon 1Dx II (x0.76) and Nikon D5 (x0.72), but also the 6D and 5D Mk III (both x0.71) and alongside the Nikon D610, D750 and D810 (all x0.70). That is certainly okay, but taking a look at the APS-C line we remember that Pentax cameras usually offer brighter, larger and generally higher quality viewfinders compared to competitors in the same class. This is not the case with the K1, again probably due to cost saving measures.

With all the good news, at only €2,000 cuts had to be made in some areas. In typical Pentax-fashion the video mode remains the neglected step-child. The K1 captures 1080p at 30 fps, the exact same specs that can be found in the K3. While some improvements might have been implemented on the software side, this is a far cry from what the competition is offering. Not only does it not offer full HD at 50 or 60 fps, the market is currently moving to 4k recording, a trend that apparently Ricoh is not too concerned about. With Pentax cameras being primarily aimed at still photographers and me not taking any videos anyways, I personally could not be bothered less about this, but I cannot help but wonder whether Ricoh lost a good number of potential customers that way. A small effort in this department could have gone a long way.

A second, more substantial drawback is the number and coverage of AF points. The K1 features only 33, considering that the APS-C K3 already offered very limited viewfinder coverage with its 27 AF points, the K1’s array really covers only a small portion of the screen. Pentaxforums has an image that shows the spread, and it is about the same, maybe even less, than on the K3. I did not expect this camera to rival Canon or Nikon in the sports and action department, but definitely hoped for a more substantial increase in AF. DPReview’s preliminary tests show rather pedestrian subject tracking, but it remains to be seen how the K1 performs when coupled with Pentax’ latest high-performance zooms like the D FA* 70-200 f/2.8 or the HD D FA 150-450 f/4.5-5.6.

Corners had to be cut, especially in the video and AF department, but overall the K1 presents a very strong feature set. Presumably great image quality, a high resolution, a body built like a tank and a host of thought out, useful features at only €2,000 probably give this camera the highest ‘bang-for-the-buck’ ratio of any full frame camera available.

Will I buy it?

Of course not. I am a uni student, even at €2,000 I would have to save for quite a bit until I could afford this thing, lenses not included. Besides, I am pretty happy with my K3 and slowly growing selection of decent lenses.

Now, if I had the resources and was looking to upgrade to a full frame camera, I would be all over this thing. It is rugged, it is weather-sealed, it offers a ton of functions, and it will presumably demonstrate outstanding image quality – all of that at a very reasonable price point.

And why am I still excited?

Even though I do not plan to buy this camera, its impressive feature set and low price promise to make it financial success for Ricoh. I do not hold any of their shares, but if the K1 turns out to be a similar success as the 645Z, it appears likely that third party manufacturers, which in recent years have significantly reduced support for K-mount, scent good business and reconsider their current stance. Add to that new lenses Ricoh is working on, and even Pentax APS-C users will greatly benefit from this full frame camera’s release. I personally really hope that Tokina releases the 11-16 f/2.8 for Pentax, and I will keep dreaming …

All images are copyright of Ricoh Imaging and used under Fair Use.