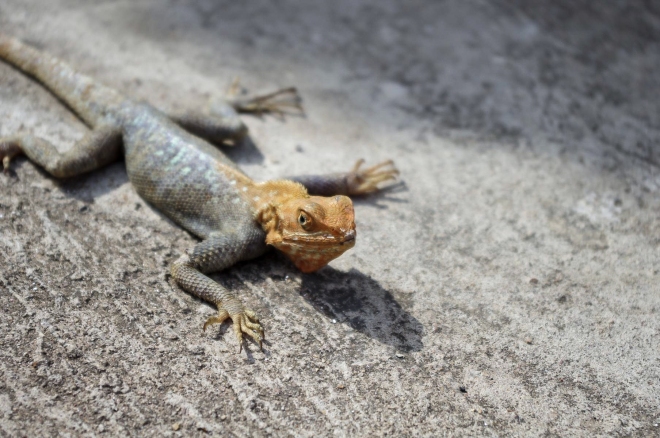 As some may have noticed, I haven’t updated this blog in quite a while. This is certainly not due to a lack in interest, or laziness (well, maybe some laziness), but rather boils down to the unfortunate fact that I have not been engaging in much photography lately. I am now at a stage where I have photographed most of the things in my immediate vicinity, which, frankly, is not all that interesting anyway. Last month I thought I had spotted an interesting location, and spent half an hour cycling to a small graveyard and chapel perched atop a hill, just to find the weather to be unflattering (cloudy, with no definition in the sky), the location not as nice as I had initially thought, and the space to crammed to get proper shots of the chapel without an ultra-wide angle lens, which as of now I do not own. At the same time, I have only been to the Highlands twice since Christmas. Expecting a very scrambly ridge walk I left the camera home on the first hike, just for the trip to be rerouted to the beautiful valleys north of Glenfinnan, which meant a lot of missed shots. And for our hike up Ben Vorlich last weekend conditions were so bad that we actually abandoned the idea of adding the winter scramble up Stuc a’Chroin – 50 mph winds, consistent rain/sleet all day, and less than 20m visibility don’t make for great images.

So I was thinking about ways to keep this blog busy and relevant, and I think I’ve found just the thing. It just so happens that once upon a time, a couple of months before I graduated from secondary school seven years ago (wow, has it really been that long?!) I decided that never living in another country is just no way to live life. So I applied to a German government scholarship program, went through the whole application process, had some seminars, and at the end of the summer ended up in a town in southern Ghana, where under the auspices of the German Red Cross I split my time between a small NGO caring for disadvantaged children in the surrounding region, and a local school at which I taught computer science.

It was during the year I spent there that my prior interest in photography turned into a full-blown hobby. Surrounded by an ocean of new sights, new faces, new smells, new tastes, I went about documenting everything around me, first with my Panasonic FZ38 bridge camera, then with a Pentax K-r entry level DSLR that I bought only in Germany and had the friend of a friend deliver to me. I took about six-and-a-half thousand images, many of which were completely useless, but a couple hundred actually turned out reasonably well. Seven years down the road and with a much greater experience in all photographic matters, some of them are still amongst my favourites.

Considering this, I have decided to share some of them, and the accompanying stories, on this blog, in a mini-series of articles on my year in Ghana, and photography in Ghana in general, starting in the next post with a walk through the town I lived in – Agona Swedru.

The cover image, by the way, shows a rainbow agama (lat. Agama agama), a common sight across Ghana and most sub-saharan countries. This particular specimen was sunbathing on the top of the beach hostel where some of our seminars were held.