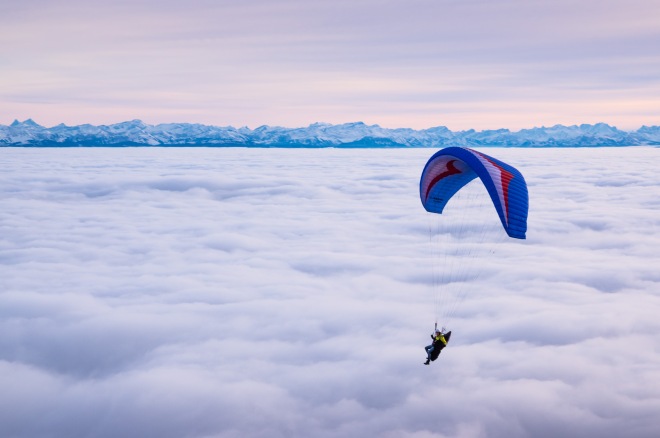 Some time ago I reported on my quest to find the Eierlegende Wollmilchsau, that one standard zoom to rule them all and fulfil all my requirements – I did not find that fabled thing, but I found something that comes pretty damn close. In the end I settled for the Sigma 17-50 f/2.8 EX DC HSM. It does not feature the weather sealing I was longing for, but at only about half the price of the Pentax HD DA 16-85 f/3.5-5.6 DC WR it appeared to be the better value. I was about to visit friends in Switzerland over New Year’s, so I reserved the Sigma via e-mail and picked it up from Foto Koch in Düsseldorf on my way to the airport. Because Christmas has been very good to me, I was also carrying a Hoya HD CPL 77 mm for the new lens and a Peak Design Capture Clip Pro in my backpack.

I had visited Switzerland several times in the past, but only for skiing with my family as a child. As I arrived at Zurich Airport, the first thing that hit me was of a monetary nature. In any normal country withdrawing 100 Euros, or Pounds, or US-Dollars would result in the ATM spitting out something like 20, 20, 20, 20, 10, 10 or similar. As I withdrew 100 Swiss franc, the machine spit out one single, shiny, crease-free 100 CHF note. After I had bought a bottle of wine for my friends and a train ticket for a 45 min. journey, that note had turned into a couple of notes amounting to little more than 50 CHF. Oh boy … 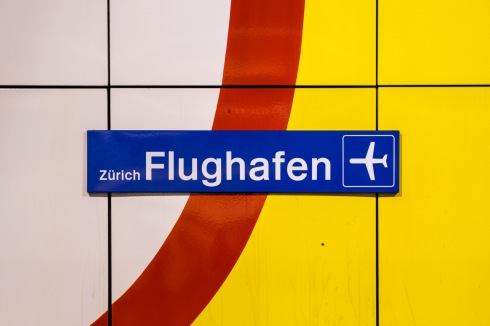 From Zürich I took the train to Olten where I stayed with a Swiss friend I met while studying abroad in Australia, and his girlfriend. We spent an enjoyable New Year’s eve with Swiss fondue, wine and games, and awoke late the next day not entirely sure how to spend it. As most of the region he lives in was covered in thick rain clouds we searched the weather radar, rented the car and drove to Chasseral, a peak in the Jura mountains of the Kanton Bern. As we drove up the narrow road through the forest everything was covered in low-lying clouds, making for a spooky atmosphere, but just below the summit blue started to gleam through the mist, and soon we broke through and enjoyed a splendid view over a sea of clouds, all the way towards the peaks of the Alps in the south. 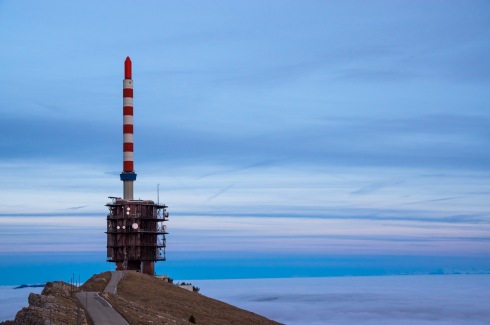 We had a warm drink in the hotel on top, then took a stroll along the ridge towards the relay station pictured above. Paragliders were practising on the slope, trying to stay above the clouds and at times passing only metres from the hotel’s panorama windows. Being out for a day with my friends, photography was not the main pursuit of the day, instead I just took a couple of images along the way. I enjoyed using my new lens with its much superior sharpness compared to the kit lens I have used for about six years now, the faster aperture and finally silent autofocus. I also got to use the new CPL, which appeared to perform well, except for that it proved to be more difficult to adjust as the Sigma’s lens hood does not feature a little cut-out window for easy access to the filter as those of Pentax lenses do. So the choice is between losing the hood or fiddling around.

As the sun neared the horizon and we walked around in just below freezing temperatures, my fingers quickly went numb, but I refused to put on my gloves for a bit longer so I could take some final images of the sunset. Without a tripod and at 50 mm I had to bump the ISO up to 500 in order to take the image handheld, then later had to pull the shadows up all the way in Lightroom to reveal the foreground – certainly not how to take the highest quality landscape photograph, but the best I could manage at the time.

The last two days I spent with another friend in Zürich, but did little photography. I had somewhat hoped to be able to do a bit of street, but much preferred talking to my friend while walking around the city centre instead of running around sticking my camera in people’s faces. In the end I did not get to use the Capture Clip, but am looking forward to putting it to the test in the Scottish highlands soon.

One thought on “A weekend in Switzerland with some new gear”